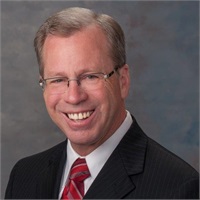 David Cutshall has been a licensed insurance agent and Certified Financial Planner™, CFP®, for 28 years. His office serves hundreds of clients in 25 states by providing experienced financial advising. Time has offered David the ability to gain insight and help people understand wealth building and their investment options.

Initially, he started in the securities business with Piper Jaffray and Hopwood investment firm located in Brookings, South Dakota. Three years later he became an Independent Financial Advisor which allowed him to act unbiasedly with no quotas or mandatory product sales. Additionally, he has served as a supervisor, branch manager, and held a handful of community wide service roles. David is a CFP® which is conferred by the Certified Financial Planner Board of Standards. In addition to being insurance licensed, David also holds the following securities registrations:

David was raised in Sioux Falls, SD. He attended Drake University in Des Moines, IA where he received his Bachelor’s Degree, and then SDSU in Brookings, SD for his graduate work. While at SDSU, David met his wife, Nancy, of 34 years. They have two grown children.

As result of David’s broad experience as a businessman, independent Financial Advisor, licensed insurance agent, and his past history as a branch manager, he is equipped to research and present relevant financial tools to accomplish retirement, financial, and income goals.